We were here now for over 3 weeks and I really enjoyed myself. The environment is similar to my home country so I never had the feeling like I have been in a foreign country. The people in Australia were so nice and friendly and I still keep texting to some oft hem. The Tuesday was a special day because the whole exchange was meeting up at the house of the Dances (Bruce's Host Family) to celebrate the last day of that successful exchange with a big barbecue.

My day started with reading my book for the german class and texting with my friends in Germany until my family woke up for breakfast. After that my exchange partner Josh and I helped  in the house with cleaning some things up. Later on we chilled for the rest of the day at home until we left for the barbecue. When we had arrived, some students were already there so I brought our food to the other stuff and waited with the others until everyone arrived. 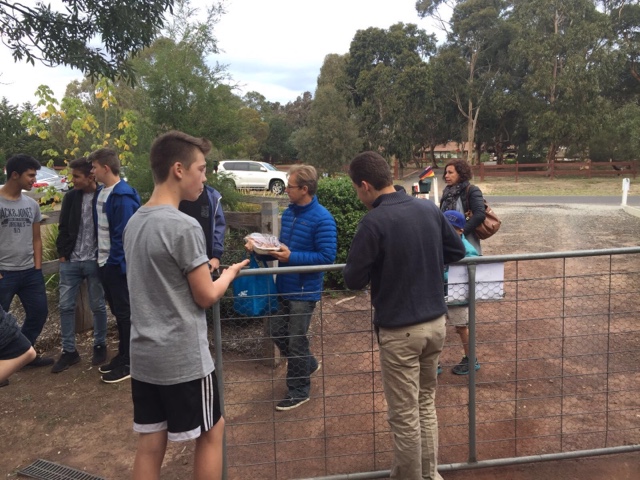 The barbecue was really good. After eating, my friends and I were playing tennis and having a great time with the other students. Some students even went to the pool and whirlpool until Mrs Otten and Mr Aktinson held a speech about the whole exchange project and how they all enjoyed it.
Then we took a huge group photo with all exchange students and family members. 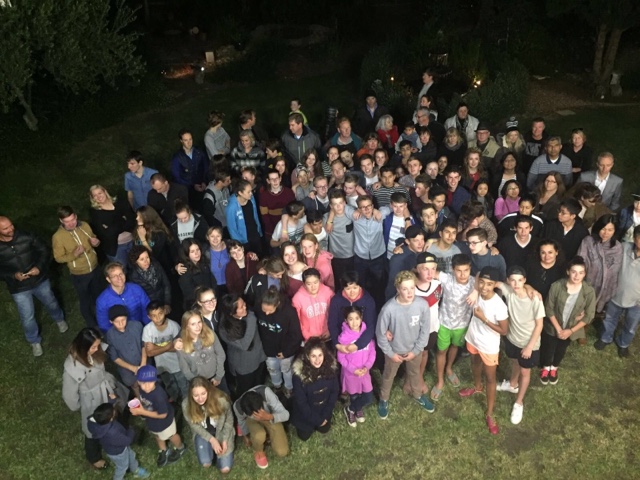 At the end of the Barbecue slowly everyone was leaving the place and went home for packing because we were about to go back to Germany on the next day.

On Wednesday I went with my host family outside for having breakfast. Then I bought a few souvenirs for my family. 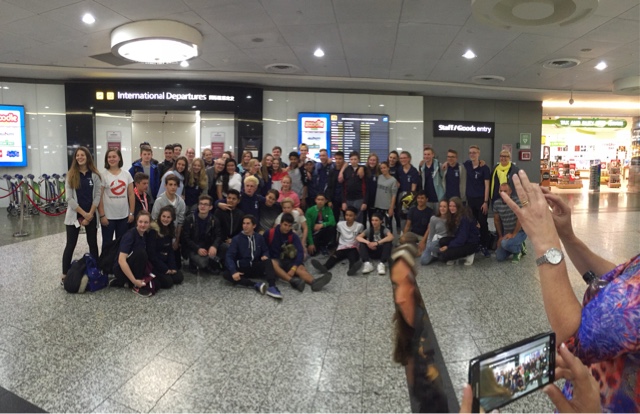 Soon we had to say good-bye to our host families and so we flew to Singapore.
The flight was for some reason way better than the one to Melbourne and there was also a very chatty Libanese young men who kept talking with us and even our teachers for a bit, so the seven hours long flight wasn't that boring. 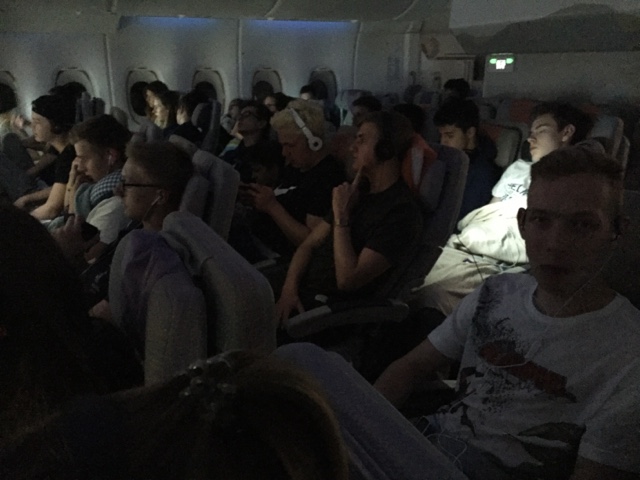 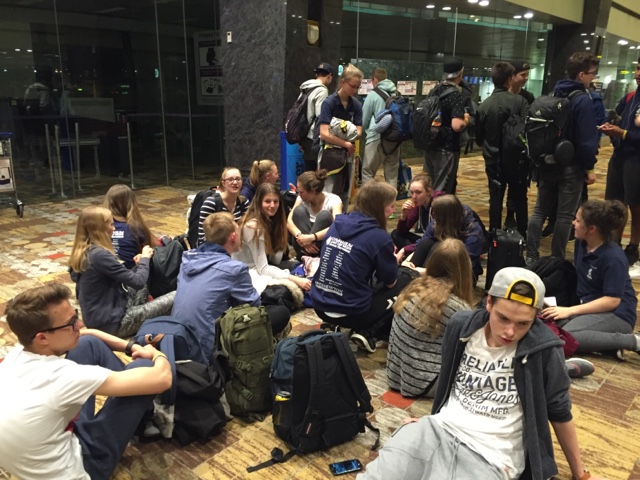 In Singapore we had a small break until we were going with the same airplane to Dubai. I slept like many of us for most of the flight because it was about 2 am.

In Dubai we had a really big break about 4 hours so we used our meal vouchers for eating somewhere at the airport and texting our Australian friends about the journey. 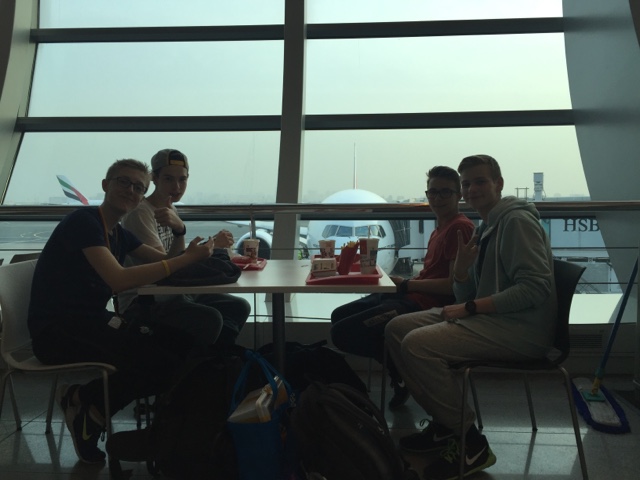 The last flight to Hamburg was the most pleasant flight because I sat next to my friends so we watched for example the movie 'The Revenant' and talked about the most exciting things that happened to us in Australia.
It wasnt a big journey from Hamburg to Bremen so we took  the train until we arrived where our families were already waiting for us. 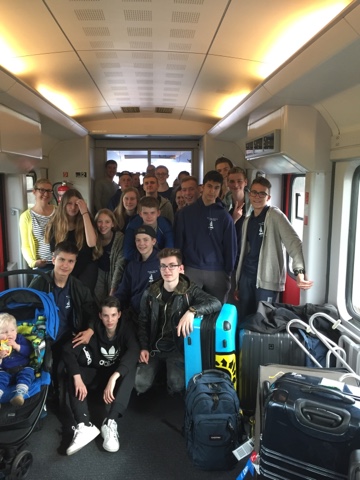 The three new words I learnt are:

We had to say good bye to all the host families and new friends.

I am sure that all of us involved in this exchange have made experiences that will certainly make us stronger and more independent. However it is most important that those experiences and memories are in our hearts to take home and those will last for a lifetime.

This exchange is so valuable and only those who are lucky enough to be part in this will really understand it.

Thank you to all the parents and boys and girls who have helped to make the exchange 2016 a big success!


The picture below shows the whole lot at the Dance residence where we could have our farewell barbecue on Tuesday night!

Angela and Trevor: Thank you so much for your hospitality and your ongoing support in this program.


I am sure that there will be tears at the airport in less than three hours when we have to say good bye until 2017 or even longer when the kids who started the program in 2015 will have to wait just a little longer.

Some will return to beautiful Melbourne and Australia! 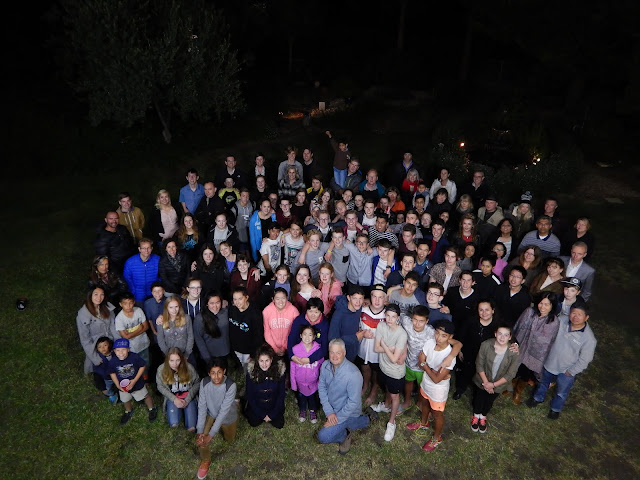 Today we slept into 9 o' clock after watching "Gossip Girl" last night. When we had woken up a bit, we went for a walk with the dogs in Brimbank Park. It was beautiful and there was lots of nature and I was really upset because I forgot my phone for taking pictures. 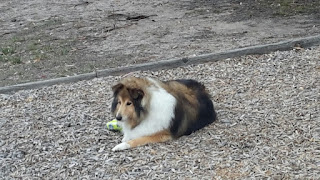 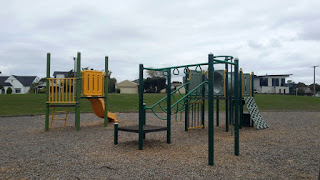 After our 30 minutes walk we had something to eat before we drove to Luna Park in St. Kilda. 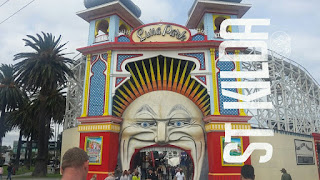 When we got there we were really dissapointed as we had higher expectations. There were a few rides they were okay but most of them were lame...

The highlight of Luna Park was the roller coaster that went around the whole Park , but it wasn't really fast because there was an instructor standing up the whole time. Sad that this was our highlight!
After that I was really embarrassed because of Hannah screaming like a little girl and everybody heard her and started laughing when the ride ended. Even the little 6 year old boy who went on the ride before us, wasn't scared at all! :)

After all that hard work we started to get hungry.
So we got a massive stick of fairy floss. But it was way too much, so we gave the fairy floss to a cute little girl :)

Later that day we traveled in the car (I achieved again not to sit in the middle^^) Mornington Peninsula where we went to the Red Hill Show (a show which is every year on a large free field). At the show we watched a dog show where dogs had to jump/climb up a tall wall. The winning dog reached up to 2.7 metres! But my favourite Roxy didn't win :(
At the show we also saw horses, alpacas, sheep and there was also a little market with lots of little "things". 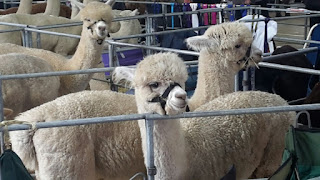 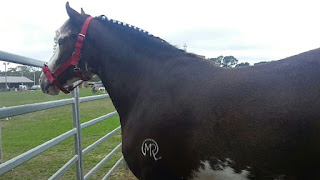 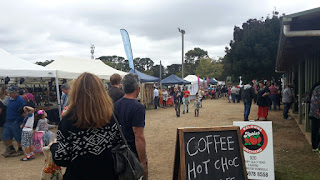 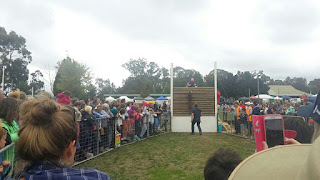 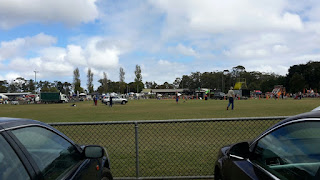 We then went out for dinner to the Royal Hotel with Hannah's and Carsten's (Hannah's brother) grandparents and their cousins. When the adults were busy with talking to each other, Hannah, Jessie (Hannah's cousin) and I decided to go for a little walk. We were lucky Jessie's brother Tom who is already an adult offered to drive us to a frozen yogurt shop. After that he drove us to their house where we would stay over night. (The parents decided to come home later.)

At Jessie's hause we played tennis on her own tennis court (!!!) and went for a little bath into her pool :)

All in all it was a really nice day where Hannah and I had lots of fun and I got to know the other part of Hannah's family.


Today I woke up at 8:30 am in the tent because we stayed at Georgia´s grandparents’ house in “Malmsbury” overnight. After we got up, Liam (my host-brother), Georgia and I had an Easter egg hunt in the backyard. It was really funny and Liam won the race.

Then we had breakfast. Julia (Georgia´s nana) made us egg with bacon on toast which was really good.

Because we were going to have a big lunch, first we had to “walk off” breakfast. So we walked into the little town of “Malmsbury” and drunk a hot chocolate in a park on a lake. 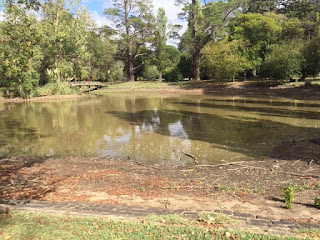 After returning from the park, Georgia and I watched the movie “Captain America: The Winter Soldier”.

At 3:30 pm we had a very delicious Easter lunch. Georgia´s grandparents cooked a leg of lamb, baked potatoes, some vegetables, and gravy.

Directly after lunch we played football, and afterwards cricket, in the backyard. Andrew, my host-dad, showed me how to kick, handball and bounce the football. It looks really easy but when you try it you realize that it is actually hard to do. With a little bit of practicing I got some kicks and played with Georgia, Liam and Andrew.

Later we tried another typical Australian sport game called cricket. We played the version “backyard cricket” in which the batter stays in front of a tree with the bat. The other players are in the whole backyard and throw the ball to the batter and, after the batter has hit the ball, try to catch the ball. It is hard to hit the ball with the bat but it is a lot of fun. Furthermore the game was really funny because we played it with the whole family, and the three dogs of Georgia´s grandparents and our dog were helping with the fielding, running all the time after the balls. The dogs would catch the ball, and then would not give it back to us. 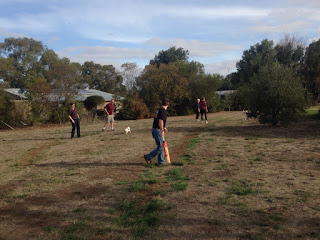 When we were finished playing cricket, we went back in the house and ate some Australian dessert. It is called Pavlova and looks like a cake. Inside is whipped egg whites and cream and on the top are chocolate and passion fruit and it tastes so yummy!
(Comment Mrs Otten: Try to make your own Pavlova!)
Just follow the link:
http://www.taste.com.au/recipes/14966/pavlova

The last thing we did at Georgia´s grandparents` house was fly Liam´s helicopter. He really wanted to show me his helicopter and ask me after he showed me how to control it if I would like to fly it. It was the first time for me to do something like that so it was hard to do it in the beginning but after a while I got it and the helicopter was in the air.

In the evening we left to go to our house and got back at about 8:00 pm.

It was a nice and funny day which I really enjoyed like all the other beautiful days here in Australia.

These are my three new words that I have learned in Australia: